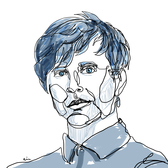 Shining light on favorite finds and the art of Art to calm the mind! Artists, collectibles, community